HIGHLAND, CALIF., (April 12, 2022) The newly elected Chairwoman and Tribal Council members of the San Manuel Band of Mission Indians were sworn in today and now have begun their terms in office.

Lynn ‘Nay’ Valbuena begins her term as Chairwoman with a focus on serving her tribal community and continuing efforts to strengthen the Tribe’s Serrano culture, governmental sovereignty, and service obligations to San Manuel citizens.

For nearly 50 years, Chairwoman Valbuena has held numerous elected and appointed positions within San Manuel tribal government. Her role as the Tribe’s first housing commissioner set her on the path to leadership. She has held several officer positions on the Tribal Council, including Secretary/Treasurer, Vice Chairwoman, and now her fifth term as Chairwoman. Valbuena also has a lifetime of service and leadership with regional, state, and national organizations, including the Tribal Alliance of Sovereign Indian Nations (TASIN), where she is currently serving her 27th year as Chairwoman. 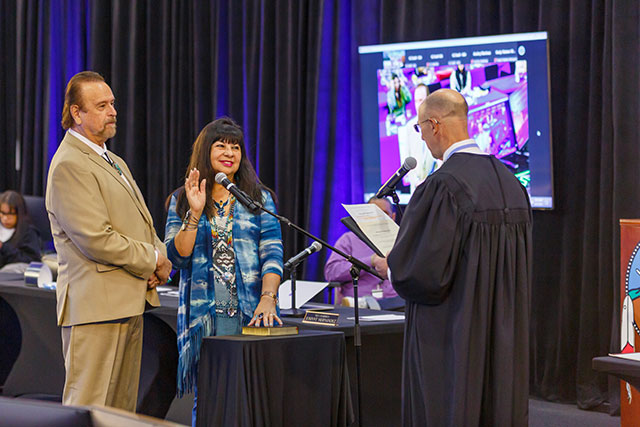 “I express my deepest gratitude to all Tribal leaders and citizens for serving our people,” said Chairwoman Valbuena. “Chairman Ken Ramirez and Tribal Council member Alexis Manzano have served our community with great effect, producing results that will benefit our Tribe. ”

Latisha Casas was re-elected to the office of Treasurer for the Tribe. As Treasurer, her responsibilities include protecting the Tribe’s overall financial interests and establishing generational financial stability for the Tribe by way of strategy and oversight of treasury management, economic growth and investment portfolio.  She begins her fifth term on the Tribal Council as Treasurer. Casas has also been a member of the Investment Board since it was established in 2008 and is Chairperson of the San Manuel Gaming and Hospitality Authority, the Tribal instrumentality that owns and operates the Palms Resort Casino. 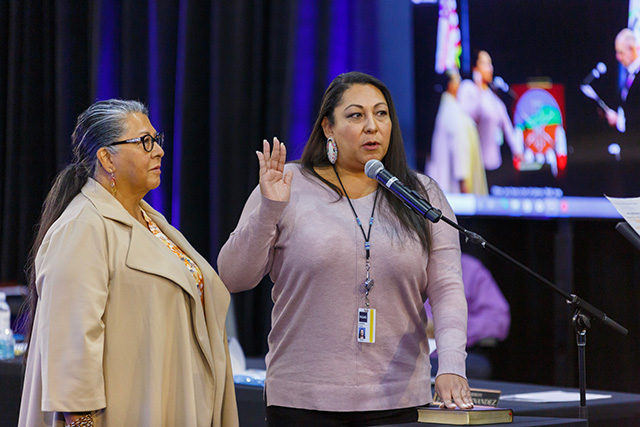 Laurena Bolden was elected to her first term on the Tribal Council as a Member-at-Large. Bolden is a three-term member of the San Manuel Education Board and currently serves as its secretary. She is active in several other citizen-led planning groups, including the Cultural Advisory, and Reservation Masterplan Working Groups, which steer various development projects and cultural initiatives. 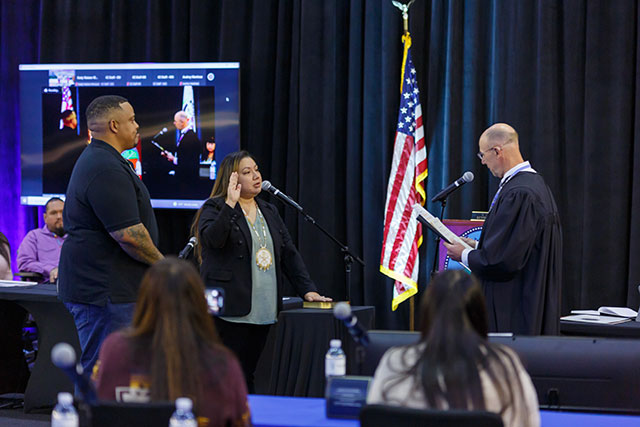 The Tribal Council is the elected seven-member body that oversees the day-to-day operations on behalf of the General Council, the Tribe’s governing council that establishes policy  and makes decisions on all significant matters on behalf of San Manuel.

The San Manuel Band of Mission Indians is engaged in important relationships with other governments as well as partnerships with nonprofit organizations and community groups across its vast aboriginal territory that takes in the majority of present-day San Bernardino County.